Are you more than 40 years old?

How old are you?

Top Posters In This Topic 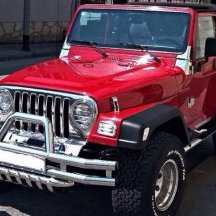 I have 57. Working with Delphi from 1998. Started programming 1982 on IBM1130 and my first personal comp was ZX Spectrum

Yesterday I met a young developer and he asked me what tools I use for development of web apps. I said Delphi/uniGUI. He has never heard of Delphi. This explains 4% of 18-29 age group votes of th